So, are you an adult? 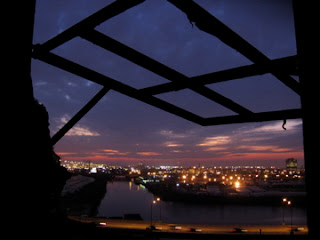 Monday I headed downtown to Preservation Chicago's press conference at the Archicenter to announce “Chicago’s Seven Most Threatened Buildings” for 2008 (that will be its own post), and to make an appointment at the Apple Store's Genius Bar (it was already full for the day) because I can't upload photos right now (and I got 100s of shots on weekend explorations!). I'm not around there enough; I completely missed CompUSA's clearance sales and the store's gone now. I bought a new CTA 7-day pass but since it was mild I ended up walking from Chicago to Jackson and back again (wow, exercise). 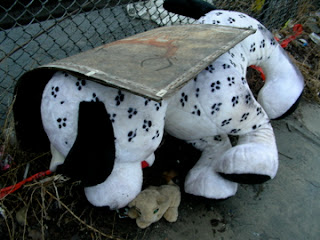 Talk of the Nation was on as I walked back north, and after a numbing discussion about delegates at the upcoming political conventions, got to the good stuff, and by “good stuff” I mean “idiotic” and “extraordinarily offensive.” Kay S. Hymowitz, a scholar at the Manhattan Institute (a conservative think tank), had just written an op-ed on the rise of the “child-man,” you know, fun-loving American males in their 20s and 30s who mysteriously lack the urge to settle down to productive lives of work, marriage, and kids, and instead prefer video games and such. Her discussion threw together numerous cultural trends.

There's what Ariel Levy, author of Female Chauvinist Pigs (a book I mostly liked), called “raunch culture" and what the Brits called "lad culture": the "anti-PC" embrace of hot chicks! sex! strippers! beer! sports! "being a man again!" (because if your life doesn't revolve around all that, you're not a man?). There's the Rejuvenile or "kidult" phenomenon of adults who love kids' toys and games (also a TOTN segment), which seems generally harmless. 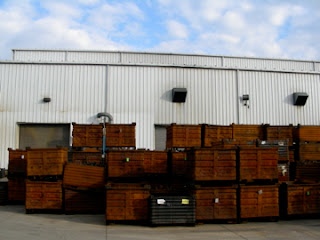 There's the Urban Tribes trend that claims that for twentysomethings, "friends are the new family," explicated in an okay but overall annoying book. Annoying because it's ultimately a paean to the joy and necessity of settling down (it ends with a Hawaiian honeymoon, where ”my new wife awaits.”) The author somehow found a woman to marry him despite his habit (recounted at length) of using evolutionary psychology as party chatter, insisting to women that men are meant to you know, get around, and can’t be expected to commit to one woman—they can’t help it, it’s biology! 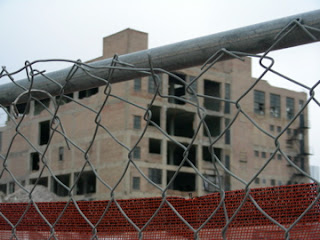 But of course the biggest moral panic around "delayed adulthood" is concern over people marrying later (if at all) and having children later (if at all). A book called Unhooked Generation attempted a sympathetic look at the social factors around "why you're still single," but ended up with the same old line that you're not mature until you're settled into monogamy and marriage. (This book is not to be confused with Unhooked, one of many books to scold the youth [nope, women only] for their wild ways of "hookup culture" that get in the way of their proper goal at college: landing a man. Bake for the guys instead, ladies! [Yes, it really says that]). (I'll throw in Generation Me too, an interesting and sympathetic look--not the typical conservative "kids these days" screed--at what the emphasis on self-esteem and "entitlement" have done to young people. However, the author utterly ruins it with panic over the falling birthrate and an insistence that's there's something wrong with you if you don't have children. I wish I had the exact quote, but I'm shocked so few people picked up on that part of the book.) 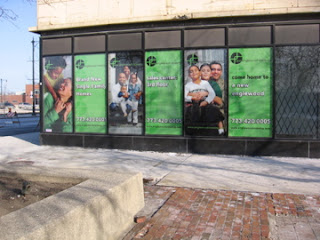 Hymowitz started off tolerable but then got to the nasty heart of her argument: you're not a worthwhile adult till you're married with kids. Until then, she claims, you're unlikely to volunteer, and you don't care about schools or children. Marriage and parenthood make you a "full member of society." Oh, how hard it was not to scream or throw things when I heard this. Since I know so few people that are married, let alone with kids, never mind owning a home too (only my former professors fit this description, I think, though I do know more people that have achieved one or two of the above)...well, they must be dragging me down. Attention, nearly all my friends and acquaintances: despite being amazing artists, writers, performers, activists, publishers, educators, photographers, chefs, musicians, etc.--you're just a big ol' drain on society. I'd better stay away from you till you grow up. 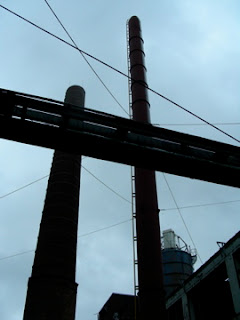 I'll point out I listened to this in Moonstruck, a Michigan Ave. chocolate shop I’d passed many times without trying out, sipping my plain hot chocolate. I'd immediately decided on another project--trying all ten (!!!) kinds of hot chocolate on the menu (there’s numerous mochas too). I was using my Lego duffel bag that day (and later wished I'd visited the nearby Lego Store, learning that yesterday was the 50th anniversary of Lego. I was wearing the most expensive ($18) jewelry I got last year, a pendant made from a typewriter "shift" key. I’d just made photocopies of the floor plan of a certain vacant school I've been visiting, in part to rescue kitschy old yearbooks, music books, guides to science filmstrips, etc. Oh, right, and at my advanced age, neither my wedding ring finger nor uterus have ever had their "appropriate" accouterments. Nor am I the self-supporting adult I'd like to be. 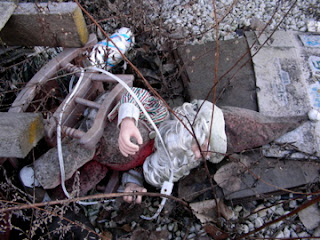 At home I looked at the accompanying "Blog of the Nation" discussion. What about the female equivalents of the "child-man,?" lamented many. (For instance, the party girl Cosmopolitans, stilettos and nightclubs sort, or the quirky cupcakes-and-Hello-Kitty-loving variety.) Actually, Hymowitz IS an equal-opportunity offender; she went after single women here. There's not exactly a shortage of hand-wringing and fear and panic about single women out there (their alleged frivolity or sluttiness and/or their achievements and independence). 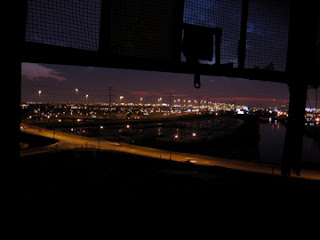 Some people pointed out the economic factors driving the trends towards later marriage, children, and home ownership; I'm not sure that anyone talked about how the low marriage age/high birthrate 50 years ago was an aberration in the 20th-century trends towards later marriage and fewer children. (Also see The Way We Never Were for more on how this weird historical blip is misused for political reasons.) Some people, happily, pointed out the cruelty of her definition of adulthood: “This is the most shallow, exclusionary piece I have ever heard on NPR. It shocks me that none of the listeners have pointed out the obligatory politics of heterosexual reproduction that motivates Hymowitz's conservative rhetoric. Rather than provide us with any meaningful analysis of how the so-called ‘man-child syndrome’ is changing, say, the socio-political or economic landscape in this country, she simply insists that we all had better sit up straight, find a partner with opposite naughty-parts, and start behaving ‘like adults’…it completely ignores the possibility that waiting to get married, mortgaged, and saddled with kids may be making many young men *and women* happier,” said John from Ithaca, NY. 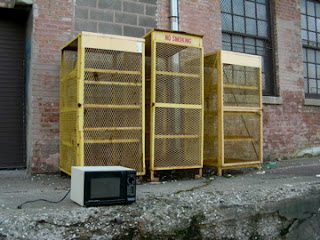 But it was bizarre on that blog to see how many people think if a woman is saying anything critical about men, then she must be a feminist (and therefore a man-hater and BAD).* Reminds me of Katha Pollitt's take on Knocked Up, "...the real subject of Knocked Up is the immaturity of men: only under the most desperate circumstances will they put aside their bongs, or their porn, or their even more idiotic friends. If a woman had made this movie she'd be labelled a total man-hater: there isn't one man in it who isn't basically a teenager." (Of course that movie's an example of the men-are-fun-women-are-nags pop culture trend, this blogger sure didn't like it.) Anyway, I don’t know what’s less feminist than the deadening gender roles and conservative morality Hymowitz promotes. 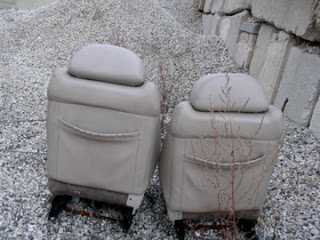 I hadn't yet seen the "child-man" piece discussed on feminist blogs (what? I'm first at something?!) when I wrote this, but since there appear to be a few unmarried, video-game-loving men on the internet, I've seen them go after it as a way to bash nasty, nasty modern women and their unrealistic expectations. Oh, whatever. I agree that dating and relationship culture does seem centered on "what women want," (well, and the man-pleasing things they need to do to get what they want) but that's because 99% of it is aimed at women, and...ah, that's all a rant for another day. I've already spent an incredibly long time on this post, sitting here at my computer surrounded by a giant plush lobster, huge crayon-shaped banks from a toy store I visit every few months, listening to bouncy retro-influenced pop songs on the fuschia rhinestone-encrusted CD player I bought when my Hello Kitty one stopped working...oh, you get the idea. I haven't yet put away childish things. And even when I fit my definition of "adult," I don't intend to.

*Uh, Ellen Willis again, from a 1985 piece, "Looking for Mr. Good Dad": "Though the two are easily confused, female cynicism about men is not an expression of feminism. The cynic assumes that men will always have power over women and the will to exploit it, that if things change it can only be for the worse. But since few people can live entirely without hope, she tends to displace hers onto the past. For the feminist's utopian vision, she substitutes a romantic nostalgia for patriarchal paternalism; she imagines that by pursuing freedom, we've gained nothing, only sacrificed the 'respect' and 'protection' and 'commitment' that were once our due..." And, a few resources for anyone who by choice or chance isn't yet a "full member of society"--for childfree people; for singles: lifestyle advice, advocacy, alternatives to marriage, a terrific read about "singlism".
Posted by k of c at 10:15 AM

tags: feminism, in the news, kitsch

Funny, I was just thinking about this, sort of.

Not sure that this post lightened the blog :) Anyway, new to your blog, very well written, very interesting.

katherine jean lopez trotted out the child-man trope in a recent review of juno.