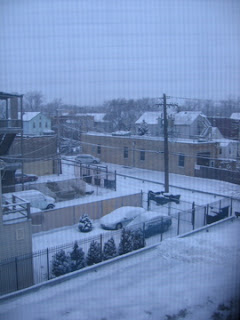 That's a shot from my building on New Year's Day. I have certainly not become a "NEW YOU" for the new year. But January's been decent so far. I have the good sense not to make resolutions; if I did, my main ones would involve jobs, relationships, exercise, and my apartment, things I don't care to discuss here anyway. But in my nauseous and weak state on New Year's (again, from diner food; I didn't drink at all New Year's Eve) I thought of a few goals:
Take a photo of myself every day (SUCCESS!) (um, kind of easy)
Visit at least one bookstore every day (success, except on one very busy Sunday of exploring--but I saw a lot of books at that place!)
Write in my journal (I mean actual paper) every day--I did that for the first 3 days, then forgot.
If I had a list of everything I should and shouldn't do, I've already failed a bunch:
Don't bounce checks--my cable bill, I feel really stupid about this
Check and re-check clothes before laundry--oops, my state ID went through the washer AND dryer
No coffee after 6 pm--had it in the evening a few times and lost hours of sleep
Don't let a lack of attention from the general public/specific friends on the Internet make me crazy--nope, failed that (so can I blame it on sleep deprivation?) 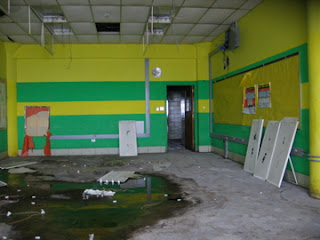 Now to the more open-ended ones I'm making some progress on:

New friends. Yes, I got to meet/go exploring with a new MySpace/Flickr friend. We had a great time at a certain place I haven't gotten around to blogging about yet, but here's his photos from it. 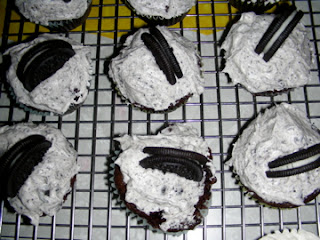 Cook new things. Yes, I got past my apathy toward cake in general, cupcakes in particular to buy Vegan Cupcakes Take Over the World and immediately try out several recipes (in part for a special someone, who only had 1 1/2 of them, but I brought 10 by the Chicago Architecture Foundation the next day. My roommate wasn't around, so that meant I ate 12 of them myself). My ongoing review of this book is on
Goodreads. 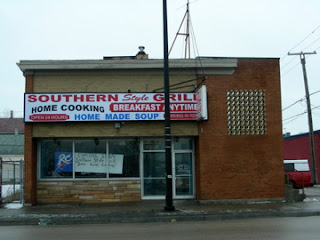 Visit new restaurants, including finally making it to EVERY pancake house/family restaurant/24-hour grill I know of in Chicago. I went to dozens of new ones last year; I'm probably down to 10 or 20 (I've still never been to any of the Original Pancake Houses). So far I've been to Don's Grill (around 18th and Western, very friendly). I'd made it 5 days into the new year without coffee/caffeine, but I finally broke down and had it there. And I got to the one of the 3 grills within 2 blocks around Pershing and Canal I hadn't tried yet. 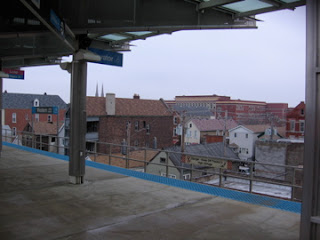 And independent coffeeshops--so far, a new one on North just west of Western (I don't see how it'll succeed there, and the coffee is pricey), and Stella Espresso Company (1259 W. Devon, an interesting gentrifying section I don't get to often).

Read a lot (obviously). Specifically, work on my "I can't believe I haven't read this yet" list. I just finished There Are No Children Here. I promised myself I'd read The Power Broker before my next trip to New York, but I can't guarantee that.

Obsessive Chicago projects. I have four basic kinds:
1) Visit every location of a specific business or institution (the Chicago Public Library, Golden Nugget). I've visited every Village Discount Outlet thrift store in Chicago (I did that a couple years after moving here--that was a crash course in seeing very different areas of the city!) and this year I promise to visit every VDO in the Chicago area. Even Aurora and Chicago Heights--I'll figure it out somehow. Also, maybe this will finally be the year I take photos at every single L station in the CTA system. (One from the Pink Line above) 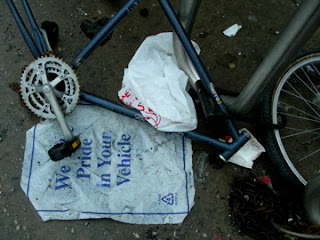 2) Document every example of a type of building or business I can find. I've wanted to do this for old post offices, old fire stations, fireproof warehouses, high schools, etc. I won't make any specific promises.
3) Visit and/or photograph certain places or objects in every neighborhood. I'm going to try to get shots of ruined bicycles in every Chicago neighborhood (I'm going by the "community areas" designation, not the real estate 200+ neighborhood maps!). 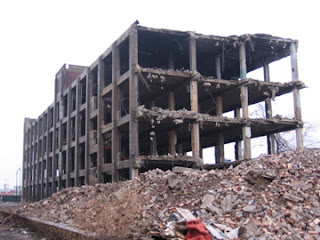 4) Revisit and rephotograph locations documented in older books about Chicago, i.e. all the walks in an old walking tour guide, all the buildings in an old architecture book, etc. I'll keep these secret until I actually do them (in part because people think they sound so crazy-obsessive when I mention them). 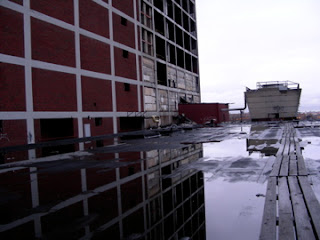 Visit the old favorite exploring sites to check on their progress and try them out in different weather and light conditions. The trade school, above--the east building is completely gutted (only the elevator was left inside) and will probably be gone soon. And the big candy factory, not the one in the recent post. This was the first announcement of an upcoming demolition I heard in 2008. I mostly agree with this friend's take on it--in fact, I was just at another abandonment and met a man who got injured there and knew the man who died. 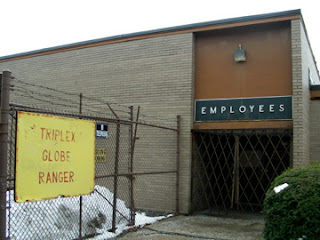 Look for intriguing new spots. I don't know what's in here; I just really really like the sound of "Triplex Globe Ranger." 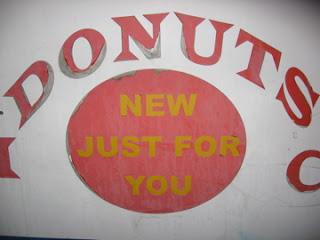 Eat better. Maybe I will...but these donuts are JUST FOR ME! How can I turn them down?

I suppose I've got goals about bicycling, writing, the Internet, art, photo skills and performing, too, but I've promised enough here already.
Posted by k of c at 7:43 AM

i've accidently left expensive camera memory cards in my pocket and then ran them thru the washer and dryer. they still work.