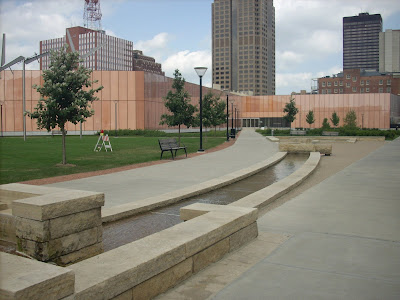 Hi! Whatever date comes up on this post, it was actually written and posted on August 22, and though I'm in Iowa right now (that's a new shot of the Des Moines Public Library above), and mostly unrelatedly in a one-week-till-my-birthday funk, I wanted to put up a "real" post, so here's something from the "drafts" folder. Just a little housekeeping, and sharing of a recent and unfortunately pricey and wow, how did I not get into this 10 years ago? obsession: vintage postcards! All bought at this year's Printers Row bookfair in Chicago, the first ever where I bought no books, but I spent as much as I do every year on books on dozens of postcards, all of which will eventually be on my secondary Flickr account, Mod as Hell (i.e. the obscure one where I'm lucky to get 10 views and 1 comment on an image).

To my great surprise, the new Chicago edition of the Huffington Post has me on their blogroll (thanks to Noah at Dump Site for tipping me off). I'm still surprised anyone knows who I am, when I can think of a number of high-profile (and low-profile but great) Chicago blogs that should be on there. I have a hunch how that happened...So I added the new HuffPo (I'll confess to not reading the main one very often). And I've rearranged the blogroll a bit to sort the city life / architecture / bicyling / preservation / urban exploration / public transit / urbanism blogs into Chicago and non-Chicago sections, and add a bunch more non-Chicago ones (I'll admit unless they're written by people I know, I may not have done much more than skimmed them so far). Here's what's new: 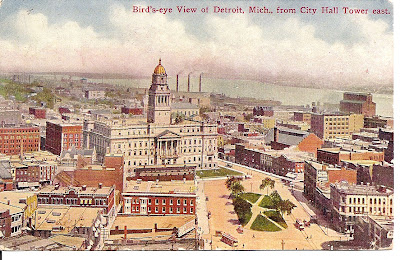 Detroit (I've made 5 trips so far this year, though one was two days with a night in Ann Arbor in between, so 6 days there): BikeBlog Detroit (mostly not about bikes, it seems); Sweet Juniper 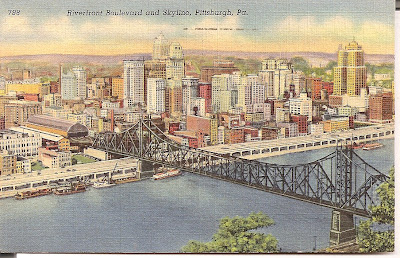 Pittsburgh (One terrific 2-day trip this year, and wow, the Pittsburgh Flickr people are friendly and comment like crazy on my photos from there!): Pittsburgh Metblogs; Walking Pittsburgh 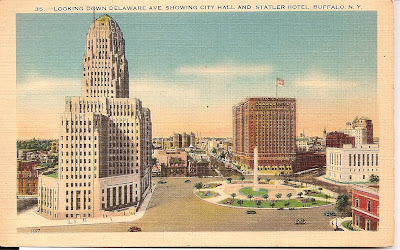 Buffalo (wanted to fit a visit into another trip this year, haven't been there this year yet, so badly want to see this city!): fix buffalo today; Greater Buffalo Blog 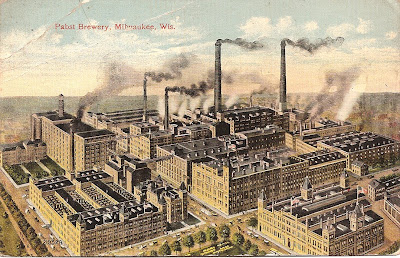 Milwaukee (3 trips so far this year, including 2 in 10 days; 2 trips included seeing what's going on with the demolition/redevelopment of the Pabst brewery): Urban Milwaukee 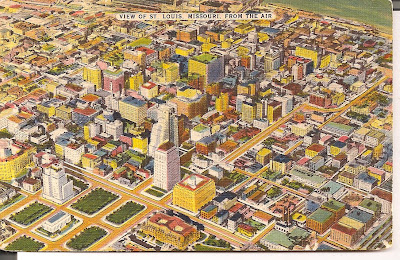 It's strange how I used to only want to visit the "cool" cities (New York, Austin, Portland, Seattle, San Francisco), or perhaps I'd consider Boston, Philadelphia, Washington DC. Now my recent obsessions are Baltimore, Buffalo and Cleveland (and other places in Ohio), all of which I've barely seen, and getting back to Kansas City, Louisville, Minneapolis, and Omaha, none of which I've visited for years. I swear, I don't just plan my trips around how many abandoned buildings I'll find...Meanwhile, architecture/urban exploration contacts on Flickr continue to ruin me, giving me a strange desire to visit, for example, St. Joseph, Missouri; Cairo, Illinois; Wheeling, West Virginia; Bridgeport, Connecticut; Denver; Los Angeles...I wish I knew how to get a job out of all this.
Posted by k of c at 7:04 AM

I've always been fascinated with Cairo. The downtown is virtually abandoned, but mostly still standing. Kind of eerie in a way. You can tell by looking at the town that it was a very prosperous place back in the day, which unfortunately for Cairo was long ago. Worth seeing if you get the chance!

Your in-depth coverage is FANTASTIC. You are inspiring me.